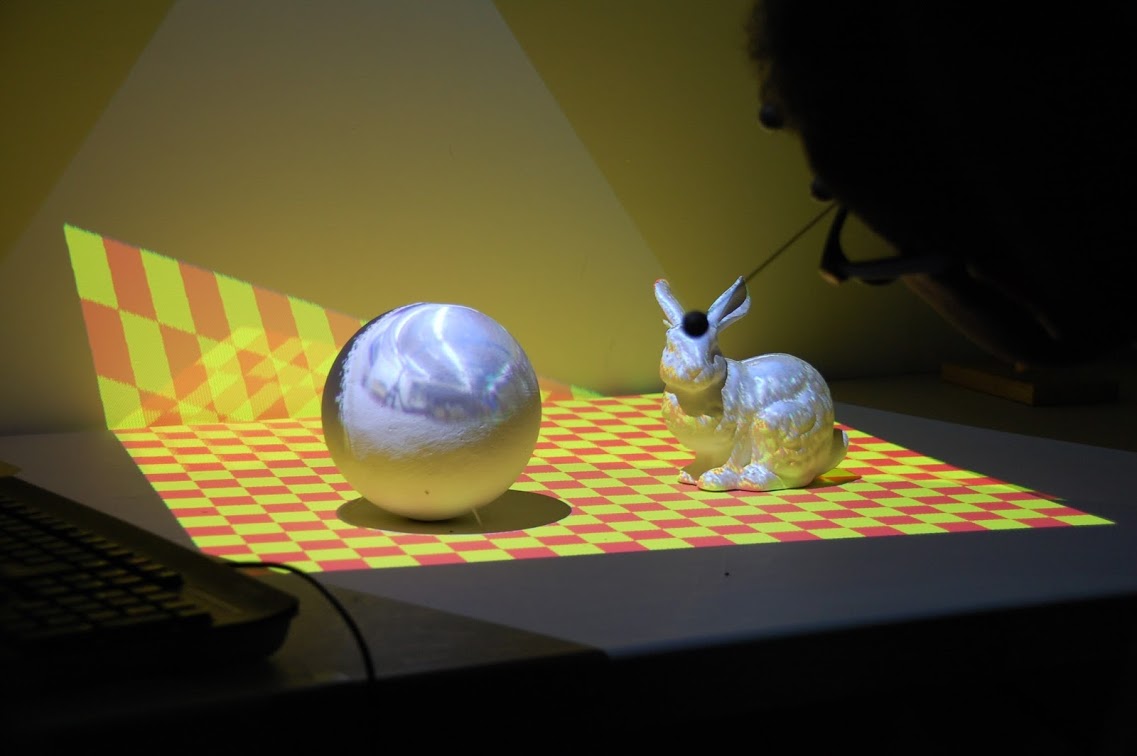 In Spatial Augmented Reality or SAR, the real scene has some diffuse dummy objects made from Styrofoam or similar onto which, broadly speaking, a new BRDF is projected. That’s right, SAR changes the appearance of real objects by computing a new image which is usually cast onto the object with a projector. Several problems have to be solved within SAR: 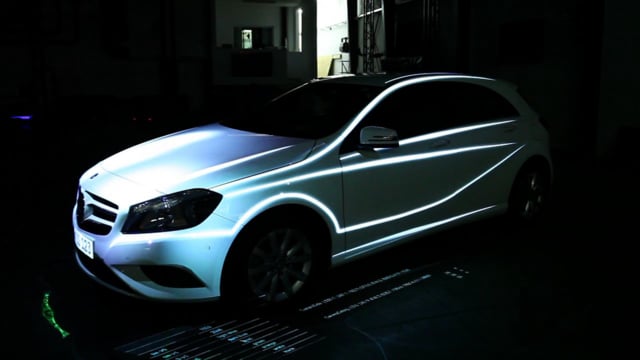 SAR is an interesting field when relighting real world objects to see them with different materials. In the video above for instance, one can preview a car in different colors before buying the real thing. A recent piece on Wired showed off an overhead projection into a sandbox tracked by a Kinect, where different heights in the sand will correspond to different layers of a landscape. Nevertheless, the next posts will not be on SAR, but I didn’t want to skip over this cool field.