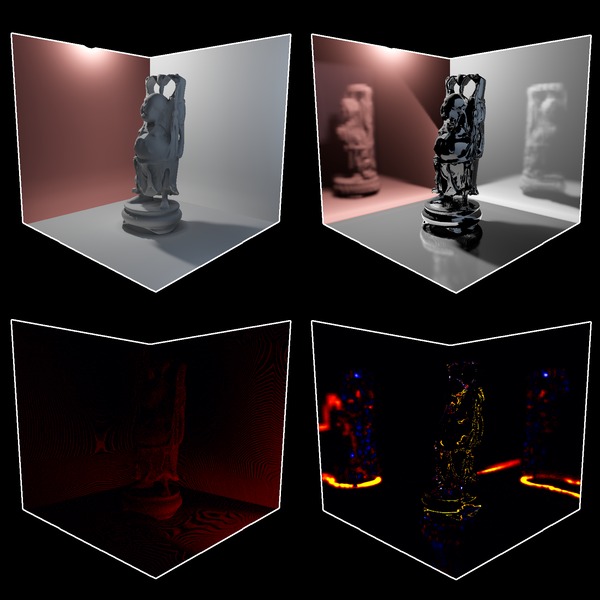 When presenting synthetic objects in a real environment - for instance for pre-visualization in advertisements - special attention needs to be directed at the mutual interaction of light reflecting off synthetic and real surfaces to form a coherent appearance. If the user is to be convinced that the synthetic object is part of the real scene, a relighting method has to handle shadowing and reflecting illumination between both synthetic and real surfaces. Even though a range of relighting methods are available for static scenes such as photographs, this aspect has been traditionally ignored in real-time augmented reality (AR) systems. A method often employed to merge synthetic light and shadows cast from synthetic objects with a real background is Differential Rendering, leaving out indirect illumination. Attempts have been made to resolve this issue with Differential Instant Radiosity [Lensing and Broll 2012], however requiring many VPLs to suppress flickering. Delta Light Propagation Volumes [Franke 2013] cluster many VPLs in a small volume, but suffer from bleeding artifacts. A GPU raytracer in [Kan and Kaufmann 2013] supports diffuse bounces with Differential Irradiance Caching, albeit at much higher cost than rasterizer based counterparts. We present a novel relighting solution called Delta Voxel Cone Tracing (DVCT) to enable mutual diffuse, glossy and specular indirect bounces between real and synthetic geometries. The method is temporally coherent and to our knowledge the first real-time solution to support arbitrary glossy reflections in AR. 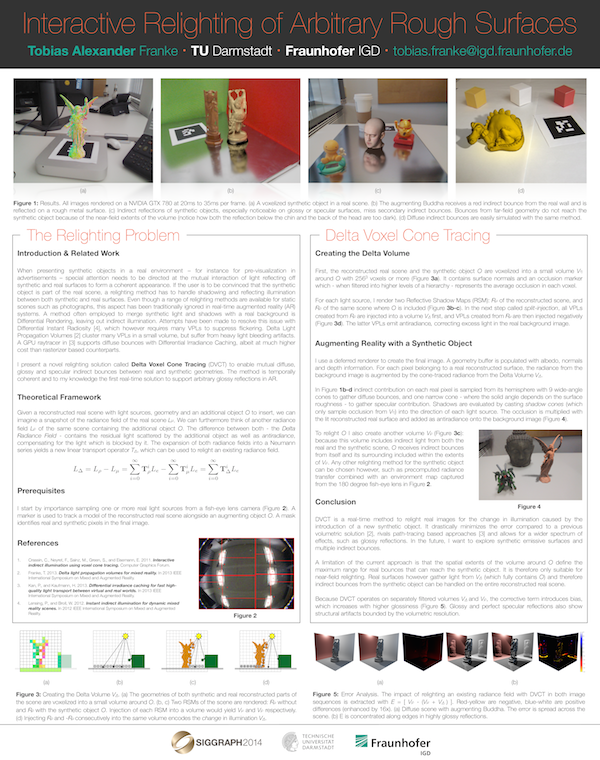 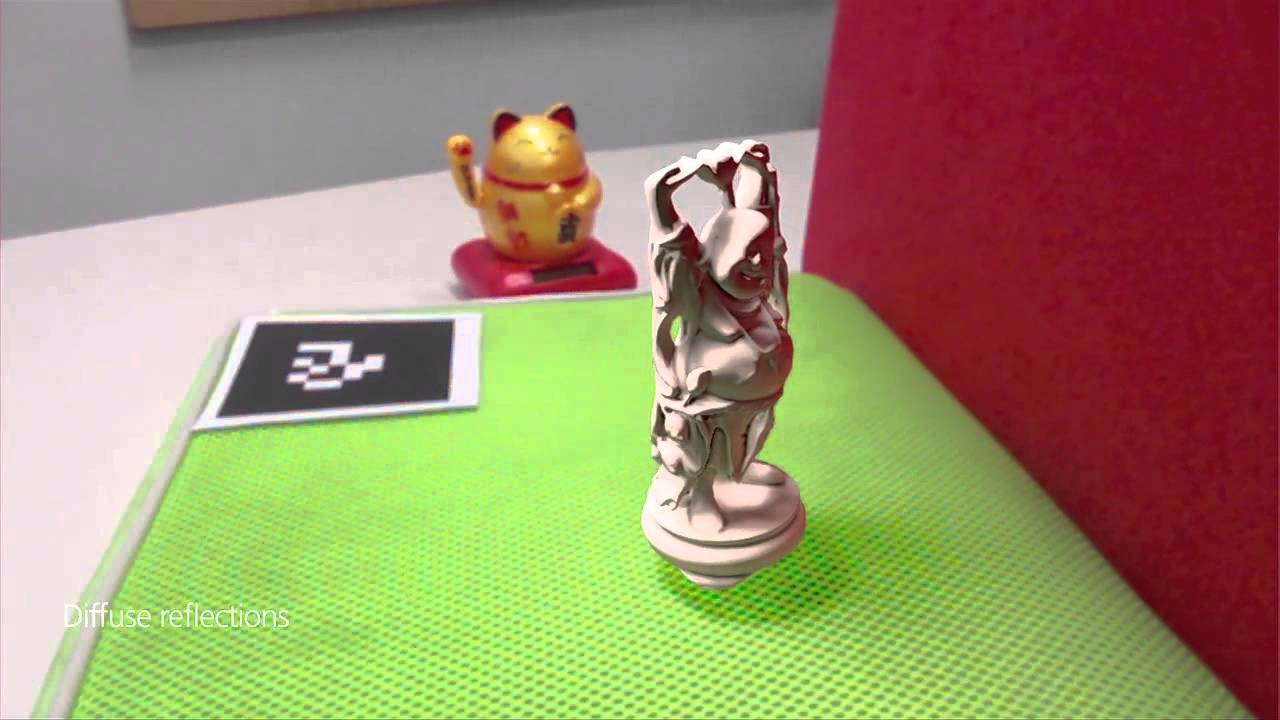