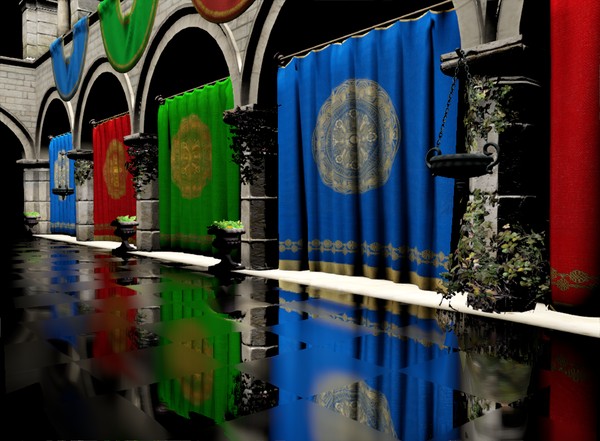 In the image, a checker board pattern in the specular buffer simulates tiles of different roughness. SSCT is used to simulate the appearance of a glossy reflection on rough tiles.

A typical modern engine has a postprocessing pipeline which can be used to augment the final image from a previous render process with several effects. These usually include depth-of-field, crepuscular rays, tonemapping or morphological antialiasing. Such effects can be easily added to any existing renderer, since they usually rely only on information readily available in screen space. Recently, global illumination algorithms have been mapped to postprocessing effects, such as the wide selection of Screen Space Ambient Occlusion methods. An insight in [Ritschel et al. 2009] is that screen space algorithms can sample more information than just occlusion: in addition to visibility Screen Space Direct Occlusion samples neighboring pixels to gather indirect bounces. Soler et al. [Soler et al. 2010] use mipmapped buffers to sample diffuse far- field indirect illumination and importance sample specular cones for glossy reflections, but do not consider to use mipmaps to access prefiltered bounces for specular cones. We present Screen Space Cone Tracing (SSCT), a method to simulate glossy and specular reflections. Instead of regular screen-space ray tracing, we adopt the concept of cone-tracing on hierarchical, prefiltered buffers to reduce integration costs. 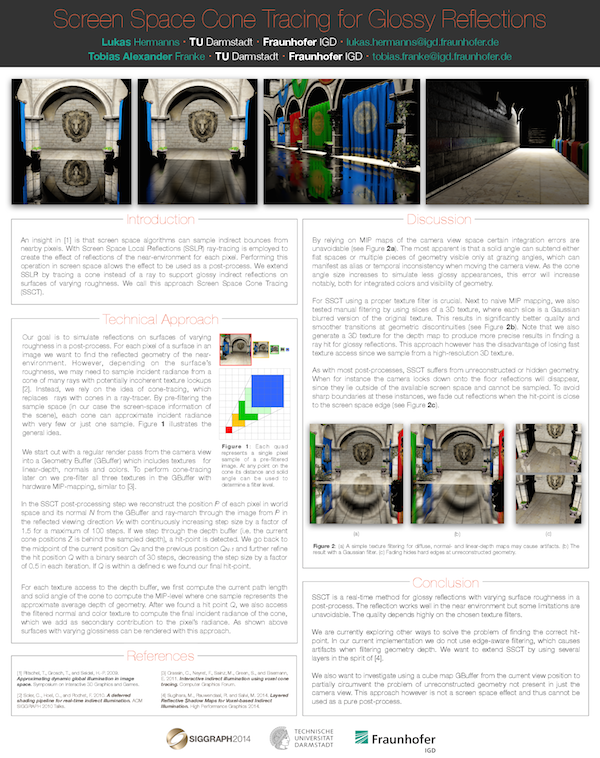